People Show Love for Doctors Much Less Than for Lawyers

Home » People Show Love for Doctors Much Less Than for Lawyers 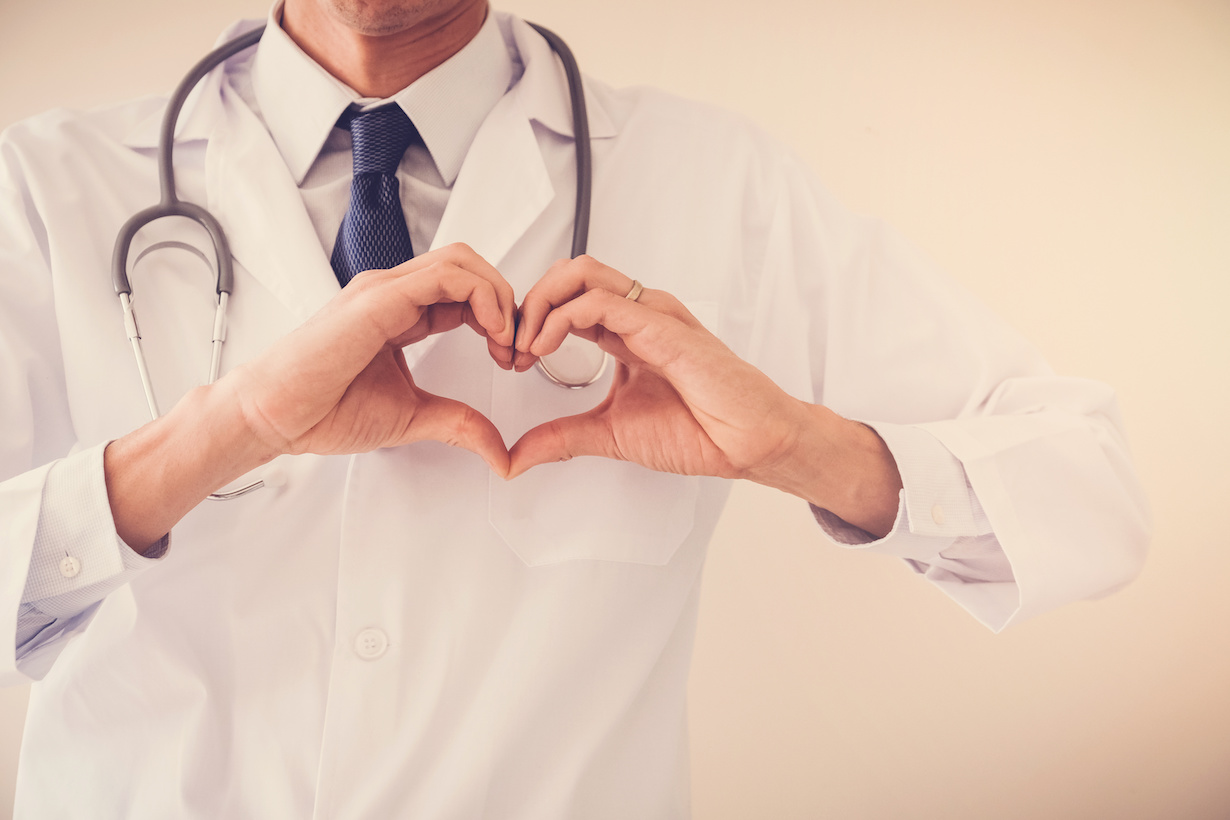 Lawyers are 72% less likely to get a 1-star review

New research from Vanguard Communications indicates that people convey less love for doctors in online reviews than they do for lawyers. 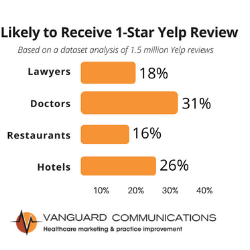 A comparative analysis of 1.5 million Yelp online reviews indicates lawyers are 44% more likely than doctors to receive a 5-star review, according to this national healthcare marketing and management consulting firm. Vanguard discovered that a lawyer is 72% less likely than a doctor to receive a 1-star online review. The average Yelp star rating for a doctor is 3.5, substantially lower than the 4.2 average for a lawyer.

“Our findings set off an alarm,” said Ron Harman King, Vanguard CEO. “In some public surveys we’ve seen, physicians consistently rank in the top five of the public’s most trusted professions, and attorneys consistently rank lower. But online reviews tell a different story.”

Love for doctors vs. love for other services

The difference appears at least partially due to a polarization of doctor reviews. In other research, Vanguard discovered that patients are more likely to rate healthcare experiences both more critically and positively than for other service businesses such as restaurants and hotels.

“Patients can be less critical of the doctor than their experience with the medical practice’s operations and staff,” King said.

In a study of nearly 35,000 online healthcare reviews, Vanguard found that 96% of unhappy patients complain not about the quality of medical care but customer service issues such as phone hold times and doctors running late.

On the other hand, 40% of patients who write 5-star online reviews gush about their doctors’ bedside manner, good communication, and staff who show love for the patients.

People use online reviews to choose a doctor

Other studies have found online reviews are playing a growing role in choosing doctors for virtually all age groups. For example, the University of Michigan’s recent National Poll on Healthy Aging reports that 43% of patients aged 50-80 use online reviews to make decisions about their healthcare provider – a surprising discovery, considering that’s the same percentage who consider the opinions of their family and friends when picking a doctor.

If there’s a lesson to be learned, King said, it’s that picking a doctor can be a lot like online dating.

“Just as in their romantic lives, people generally want long-term relationships with their doctors, especially primary care physicians. You’re really looking for a professional with whom you can both respect and have good chemistry.”