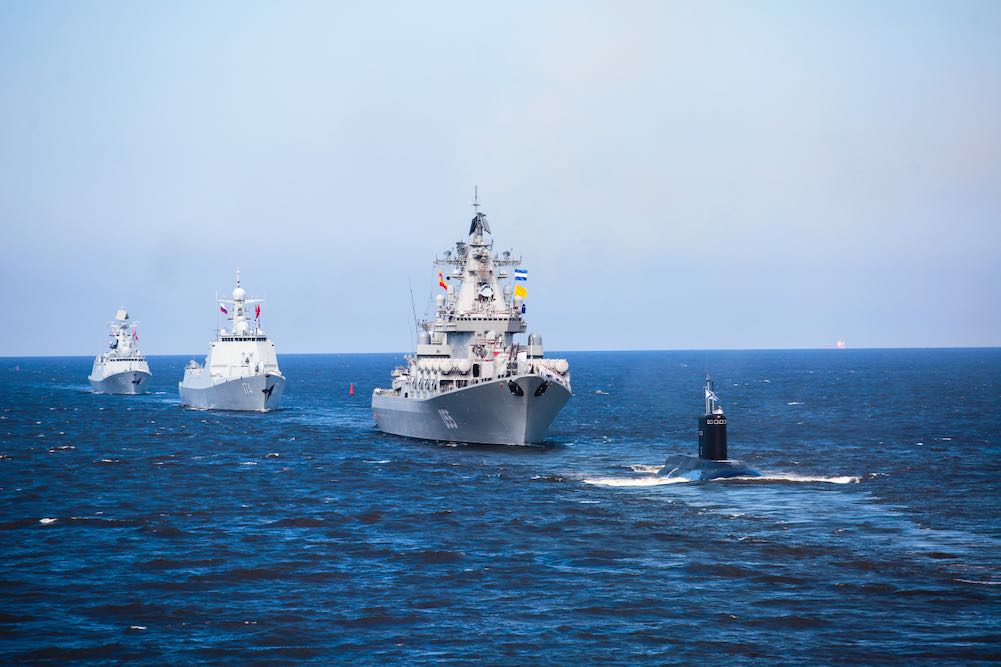 Do doctors have the nerve of Irish fishermen to confront the gender pay gap in medicine?

While the United States and its NATO allies didn’t have a lot of success defusing the tensions with Russia before its invasion of Ukraine, Irish fishermen had more success with Russia. Russia planned to conduct naval exercises off Ireland’s southern coast. Local fishermen went to the Russian embassy in Dublin and informed the Russian ambassador that the drills would threaten the fish stock, disrupt their traditional fishing grounds, and the subs could damage their fishing gear.

They planned a “peaceful protest” and pledged to carry on with their fishing activities, as usual, with or without Russian warships in the area. The fishermen planned to send out a flotilla of fishing boats in the waters used for the naval exercises. These small boats confronting battleships, destroyers and submarines would be akin to the young Chinese man facing down a tank in Tiananmen Square in 1989.

The Russian ambassador to Ireland said that Russia’s defense minister decided, “as a gesture of goodwill,” to move the military exercises so as not to hinder fishing activities by the Irish vessels in the traditional fishing areas.

Fishermen cheered the announcement, and social media users throughout the world circulated posts commending them for standing up to Russia.

Where could we use some of the Irish fishermen’s pluck in healthcare?

The number of women exceeds the number of men in United States medical schools. In some specialties such as OB-GYN, women represent more than 80% of those in training. Even with parity in the numbers of physicians, female physicians experience a marked decrease in their doctor salaries compared with male doctors.

Women physicians experience one of the most critical gender pay gaps in the country. Female physicians in the U.S. earn $.75 on the dollar compared to their male counterparts, equating to earning $2 million less than men over a 40-year career. It is noteworthy that the female physicians’ pay gap is more significant than the gaps reported for women workers in other professions and occupations.

This gender gap begins upon medical school and training completion and persists after controlling for all the contributing factors. Also, women of color probably experience even more significant pay disparities.

Not easy to explain this pay inequity in doctor salary

Male physicians indeed work longer hours, do more procedures with greater per hour reimbursement, and provide less primary care. However, there is a significant pay gap after adjustment for these and all other possible contributing factors.

Other mediators include specialty choice and work-life balance preferences, which do not explain the differences.

Further, research shows that patients tend to seek a different (and more time-consuming) kind of care from female doctors, often talking and disclosing more and expecting more empathic listening. The Irish fishermen might recommend looking at patients’ medical records and consider patient complexity in addition to number of patients seen or the number of patients a physician has on her or his panel to accurately assess clinical load. Unfortunately, female physicians do not receive credit for probing psychosocial issues and focusing on the whole patient rather than on the patient’s chief complaint or a single organ system.

Perhaps the entire doctor salary model needs to be changed, and we should not concentrate only on wRVUs but on the value and other metrics such as outcomes that we provide our patients. This change in doctor salary compensation would likely benefit women and not penalize them for their patient-centered care.

Research shows female physicians take on a disproportionate share of childcare disruptions, requiring them to take off from work to care for children significantly more frequently than male peers (42.6% vs. 12.4%).

Perhaps the pandemic is an opportunity to identify and implement practices to narrow the gender inequality in pay.

The healthcare profession can ameliorate the pandemic’s increasing demands on female physicians. Examples include offering flexible scheduling to accommodate the need for mothers to be home when children cannot go to school or daycare centers. Since healthcare workers are essential during the pandemic, there is an opportunity for collaboration with existing childcare providers to create or reopen these centers for children of essential workers.

Another consideration is to increase subsidies for dependent care costs if school or daycare closures cause undue financial hardship on female physicians and other healthcare workers.

There is a financial hardship stemming from the COVID-19 pandemic, and healthcare institutions will likely be reducing payrolls and salaries. It is imperative that we closely monitor female physicians’ compensation and ensure that they are not disproportionately penalized during cost-cutting initiatives.

Perhaps this is an opportunity to identify and implement practices to narrow the gender inequality in pay. Healthcare institutions must conduct regular salary audits to include base pay, incentive pay and leadership stipends. The latter has not received the attention needed as women in medicine experience well-documented disparities in leadership opportunities.

More women than men are assigned nonclinical, uncompensated tasks. One solution is for women to behave like the Irish fishermen and say they will not accept such assignments, which takes away from their clinical responsibilities. Another consideration is compensation for both men and women assigned to uncompensated responsibilities such as committee work.

When a woman is requested to attend a committee meeting, she should ask three questions: 1) Will I be taken away from clinical responsibilities? 2) Will I make minimal or no contribution to the meeting? 3) Can someone else, like a junior associate, be assigned to attend the meeting? If the answer is yes to one or all these questions, be an Irish fisherman and say no!

The COVID-19 pandemic has highlighted inequities between patients and providers alike, especially among female physicians. As we continue with this devastating public health crisis, we must not lose the gains we as a profession have made toward reducing gender disparities among our physician workforce. We could take this unprecedented opportunity to improve policies and practices with an eye toward equity. Organizations should be encouraged to pay attention to decision-making where disparities emerge and adopt strategies like those outlined above.

Bottom line: Pay disparity between male and female physicians must be addressed and repaired. Inequality results in diminishing female physician’s professional value within our healthcare system. The David vs. Goliath approach by the Irish fishermen is also applicable to healthcare where the physicians can confront the healthcare establishment, insurers and the pharmaceutical industry and stand up like Howard Beale in the 1976 film “Network,” who said, “I’m mad as hell, and I’m not going to take it anymore.”

Much more than opinions

Vanguard offers proven techniques to build up a practices’ patient base. See how our MeMarketLink program can help.