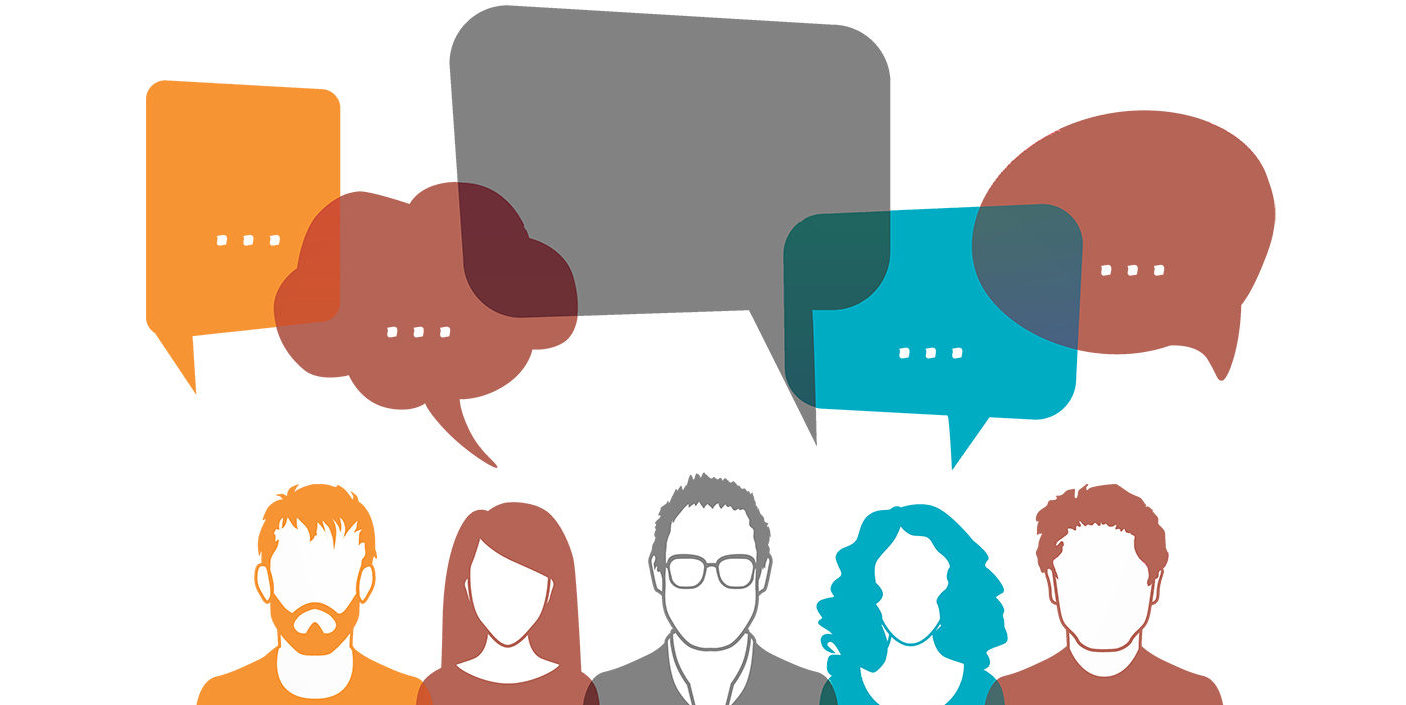 August 2018: Three years later, Dr. Walter J. Palmer’s online reputation profiles continue to be torn apart by a particularly vicious breed of internet users – online reviewers. Despite Yelp’s out of character attempts to monitor and filter non-client comments, many reviews do not appear to be from his actual patients. So what’s a doc to do? Vanguard CEO Ron Harman King shares his proactive approach to physician reputation management feeding frenzies in this blog, published shortly after Dr. Palmer became the infamous dentist who shot the lion.

The people at Yelp have been busy this week, thanks to a Minnesota healthcare provider’s recent African safari. As a result, there are lessons aplenty in the art of online reputation management for doctors.

Until the last week of July 2015, Walter J. Palmer was a Minneapolis dentist little known outside his circle of patients. Then the international news broke that Dr. Palmer had hired an African guide to help him hunt and kill a famous lion in Zimbabwe.

All hell has since broken loose, much of it on Yelp. And there’s little Dr. Palmer or even Yelp can do about it.

Yelp is the most popular site on the Internet for rating local businesses (including healthcare providers), with 83 million users monthly. Virtually anyone can claim to be a customer of any business and post a review of that business on Yelp. The business owner may not ever know it or the reviewer claiming to be his/her customer.

As of July 31, the dental practice of Walter J. Palmer, DDS, had 491 “reviews” on Yelp, averaging 1.5 out of five possible stars – about 100 times more reviews than a typical dentist attracts. But that’s not the half of it.

Yelp also has another 141 reviews of Dr. Palmer that are “not recommended.” In the Yelp credo, that means the reviews are from infrequent Yelp users who haven’t earned the credibility stripes of more frequent reviewers.

More unbelievably, Yelp reports it has removed an astronomical 9934 additional reviews of the dentist “for violating our terms of service.”

And what violations they are. The density of swear words and vulgar images on Dr. Palmer’s Yelp page (which users can also post freely) has surely set new Internet records.

Unlike Facebook, Twitter and other social-media websites, Yelp does not allow a business listed on its site to remove its own page. However, as in Dr. Palmer’s case, Yelp does remove highly offensive comments. But the Yelp staff can’t take down the fulminations nearly as fast as new ones appear.

What you can learn from the doctor who shot a lion

What kind of dentist is Dr. Palmer? We don’t know. He could be the world’s greatest dentist, but all we can learn about him from the Internet is what others think of his morals.

Whatever kind words any of his grateful patients had previously offered on Dr. Palmer’s Yelp page are all but gone now, buried under an avalanche of contemptuous remarks. Meanwhile, his practice has reportedly closed its doors, its website has been taken down, and he is in hiding, according to news reports.

1. Ignore online reviews at your own peril

Reviews of physicians, dentists and other medical professionals are often unfair and/or outright lies. But healthcare consumers read them.

And they use them to choose their doctors – according to a study by the accounting firm Price Waterhouse Coopers, approximately 150 million Americans have read doctor reviews, and about 100 million have used them in choosing physicians.

Just as importantly, whenever someone Googles a doctor’s name, links to several reviews of that doctor frequently show up on the first page of Google results – along with the star ratings for each review.

Check out Dr. Palmer’s search results on Google to the right. You’ll see poor ratings for not only Yelp but also for Google at the top.

What healthcare provider wants a bunch of one- and two-star ratings on the same Google page with his/her name?

Granted, providers have little time for monitoring Internet reviewers who may not even be their real patients. However, even a modest effort invested in online communications can yield enormous gains in the online image and subsequent business health of any medical practice. Often it requires only a few minutes of attention maybe once or twice a month.

2. Pick your arenas of engagement

Everyone knows about the Internet’s ubiquitous echo chamber. And everyone knows anyone can say almost anything about a healthcare provider on rate-your-doctor websites.

But not every rate-your-doctor website merits monitoring because they don’t show up prominently in search engines. Further, most doctors get at most only two or three reviews a month. So it doesn’t really take much effort to keep up with what patients are saying about you online.

Quite a few companies sell monitoring software that reports a review every time a doctor’s or practice’s name appears in it. I usually recommend taking a pass on such products. For most provider groups, the software is usually overkill.

Only a handful of rate-your-doctor websites attract enough visits to matter, as you can see from a sample list below. These are the sites worth keeping tabs on, and you need only register with those in order to get updates from them.

Once you’ve decided which rate-your-doctor websites you care about, you should “claim” your identity on each.

Claiming generally permits you to register an email address for receiving alerts any time someone posts a review (thus circumventing the need for monitoring software). Most rate-your-doctor sites also allow you to respond to reviews publicly or privately or both. (See below for more.)

To make a claim, simply go to the site and click on a button saying something like, “Is this your business?” or “Claim doctor profile.”

Most sites require claimers to provide a contact name, business address and phone number, and some ask for a driver’s license number or a medical license number. I know of little risk in providing either, as the information is almost always encrypted on the website.

Once you’ve claimed your identity at each website – as Dr. Palmer has yet to do on Yelp as of this writing – you’re ready for managing your online reputation.

Anyone who’s been in business for more than five minutes has at least one unhappy customer somewhere. In healthcare, sometimes the most enraged patients are emotionally unbalanced. These tend to excoriate their providers on the Internet most frequently.

The unfortunate reality is that readers of online reviews don’t know who’s mentally unhealthy. They typically take criticisms at face value. For this reason, a response is in order almost every time.

Rule of thumb: treat an online complaint like a ringing telephone – answer it.

This can be tricky territory, but when a provider is “flamed” (Internet parlance for vigorous online censure), the doctor (or a representative with the doctor’s login credentials) can respond publicly without violating privacy rights – provided that the doctor or practice has claimed the online identity.

Usually, all that’s needed in a public response is some show of nonjudgemental and non-disclosing compassion, something like: “I’m sorry to hear your complaints. The experience you describe is not at all our goal here at XYZ Medical Associates…”

Sometimes this requires swallowing one’s pride in the knowledge that the criticism is a big fat lie. But go for the bigger prize of broad respect. Answer with composure and professionalism. And in commenting on the review, don’t discuss anything about the patient’s case online. Take care to avoid even confirming that he’s a patient, which in itself is potentially a privacy violation.

Instead, inviting the unhappy reviewer to contact the practice directly in hopes of a resolution goes a long, long ways of telegraphing to others that the physician is a highly caring provider who listens to his patients.

Even if the unhappy patient can’t be mollified offline, at least the provider has sent a valuable message to all who see the online response.

Reputation is like money in the bank. You want to save it for a rainy day, when you’ll need it most.

Regardless of Dr. Palmer’s personal ethics, if he had built up, say, 25 or 50 or 70 favorable reviews on Yelp, there might at least be another side to his professional story.

The same dynamic is in play – on a much smaller scale, of course – for any provider outside the global media spotlight. The majority of healthcare providers will probably eventually get at least a handful of online complaints in their careers, if not a dozen or more. The best defense is a counter-offense from loyal patients.

Having three, five, eight or more good reviews for each bad one helps nullify the complaints in the minds of many healthcare consumers.

There are a number of tactics for soliciting complimentary online reviews, including asking for them whenever patients express gratitude for their care, as well as on customer-satisfaction surveys. We don’t have space here to discuss methodologies in depth, but the opportunities do exist.

At any rate, the point is that no one need be entirely a helpless victim of online bashing…perhaps not even a big-game hunter who ironically and metaphorically finds himself in the crosshairs.

Vanguards ORM experts are on the case

So you probably didn’t shoot a beloved African lion, but maybe you have one or two less than flattering reviews tarnishing your online presence. Contact us to learn about Vanguards “Interceptor Method” for managing our clients’ online reputations.